Should you buy a gas mask?

A quick google search for prepping or preppers will give loads of image results showing people wearing gas masks. 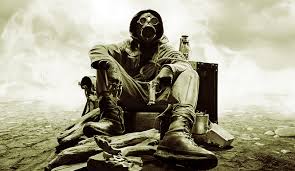 It's an image that's been popularised in video games and film with dystopian futures and as such is often dismissed as a doomsday prepper cliche but are there practical reasons for owning gas masks?

House fires are thankfully less common than they used to be but are still a major risk and its usually the smoke that kills people not the heat. 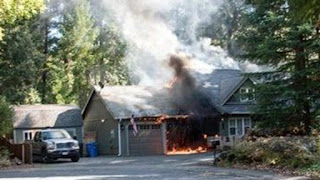 Long before the fire has used all the oxygen in a room or people are badly burnt they are disabled by the toxic smoke house fires produce, a gas mask in this situation could help you evacuate from a burning building in time by filtering the available air.

Accidental chemical spills in industrial facilities or from transport accidents can release poisonous fumes. These noxious clouds can envelop your home or workplace if it is near to the facility or scene of the accident on major roads and railways used to bulk transport chemicals. 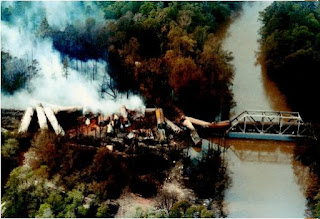 Often the official advice in these situations is to stay put and close windows and doors but a gas mask would allow you to safely evacuate from the affected area or ensure your survival if you do stay put.

Large scale civil disobedience protests can prompt authorities to try to disperse crowds with CS gas which irritates the eyes and lungs.

A gas mask protects you from these effects so that you can leave the area quickly and safely particularly if you have any lung related medical issues.

Military masks are often rated for CBRN (Chemical, Biological, Radiological and Nuclear) protection so are effective protection against airborne viruses and bacteria to evacuate the area so you can be decontaminated before you're infected. This is generally overkill but is another potential use albeit an extreme one. 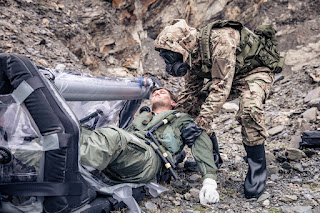 Modern gas masks can be quite expensive, but you can buy ex military surplus ones quite reasonably and whilst the filters may have expired you can often buy new filters that will fit these masks but you may need to also buy suitable adapters such as I did here with this Yugoslavian / Serbian M1 gas mask;


So gas masks don't have to be expensive, or purely the preserve of the stars of doomsday preppers.

They can help you in several relatively common situations if you ensure they have a good seal and suitable working filters (old respirator filters will probably be effective slightly beyond their expiry date but for many common masks there are commercially available replacements).

Therefore in my opinion respirators are worth having, particularly old military ones as they also look pretty cool too if you like collecting militaria as I do...

The 2019 virus originating from Wuhan in China is a newly discovered corona virus.

Corona viruses are quite common often resulting in what is known as the common cold or flu that infect the respiratory system resulting in coughing, sneezing, fever and possibly breathing difficulties leading to pneumonia. 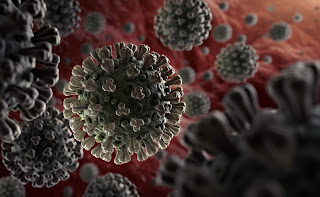 Most people that contract these common corona virus infections make full recoveries but it can be lethal for those with poor immune systems such as the very young and elderly or if there is an underlying health condition like diabetes, cancer and chronic lung disease who develop complications.

Covid-19 is a new virus thought to have crossed over into humans from a contaminated meat market in Wuhan that appears to cause severe symptoms in many more people than than is normal.

The virus is spread in the droplets we exhale that either directly enter a new host through inhalation and splashing into contact with our eyes or by landing on surfaces that others then touch and transfer to their mouth or eyes.

As such the main way to prevent infection is to maintain high hygiene levels by properly washing hands and disinfecting surfaces people make contact with and where possible avoiding people as they may be infected.

Disposable PPE (Personal Protective Equipment) should be worn when in known infected areas covering the whole body but as a minimum wear gloves, eye protection and a suitable respirator (specified N95 or better, fitted properly!).


Care should be taken when removing and disposing of these as they should be considered contaminated after use, place into plastic bags taking care not to squeeze them down which could force air out that could carry the infected droplets.

This virus is spreading rapidly thanks to international air travel of infected people so stock up now in order to self isolate at home if it reaches your area for a minimum of fourteen days.

As well as food, water and medicines buy and store products to ensure your hygiene;

I covered this in a recent video on YouTube "Prepping for the corona virus";

at 13 February No comments:

Email ThisBlogThis!Share to TwitterShare to FacebookShare to Pinterest
Labels: Prepping

In order to use my wood stove in a tent I wanted something to protect the canvas from getting scorched by the flue.

I've seen several on Amazon but all are around £40 or more but when Lidl was selling these bird feeders for £3.99 I decided to make my own.

If you want to do similar here is a Amazon link for the type of bird feeders I used; 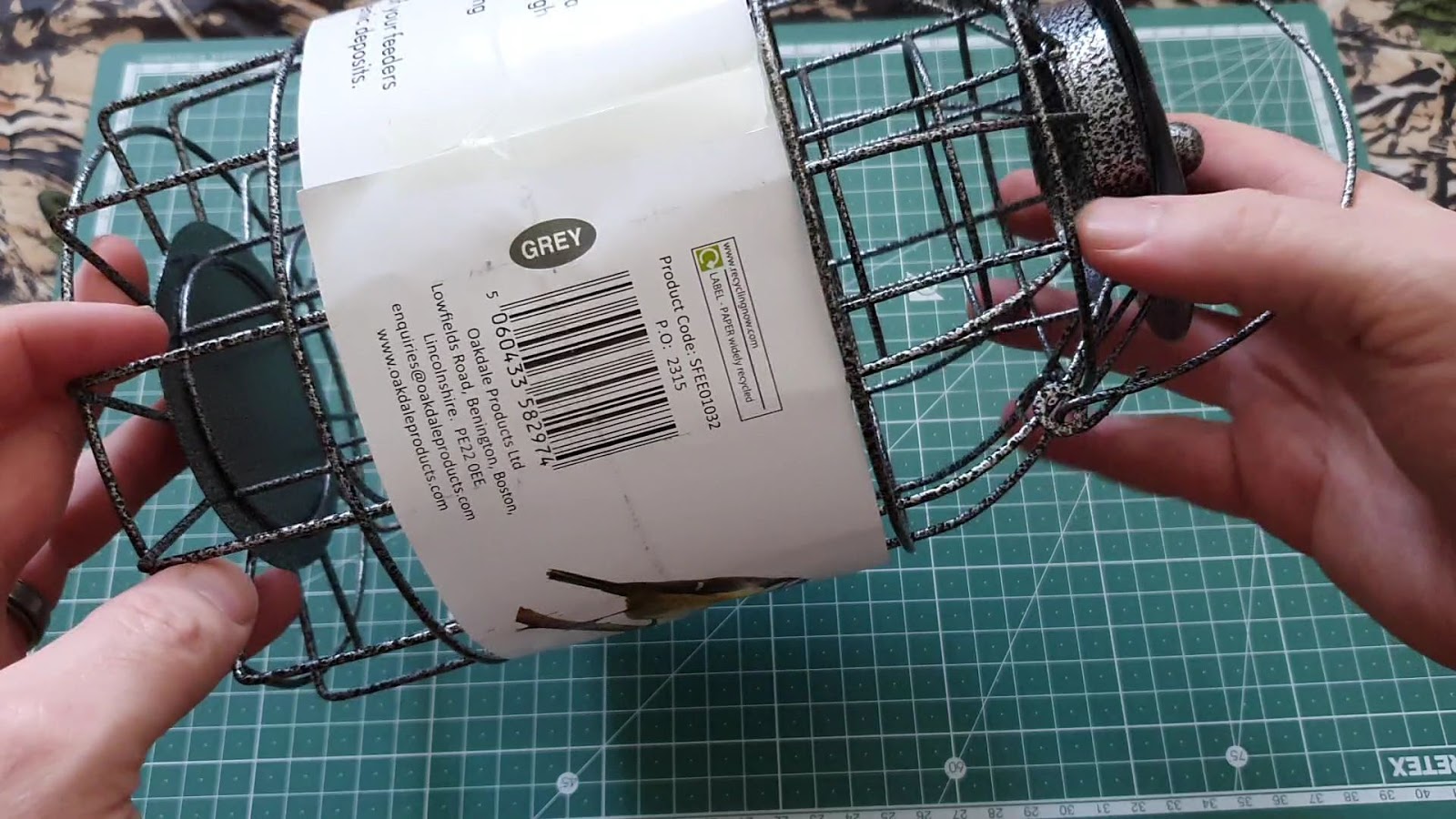 I began by removing the lid and the hanging bail for use later with a pair of pliers... 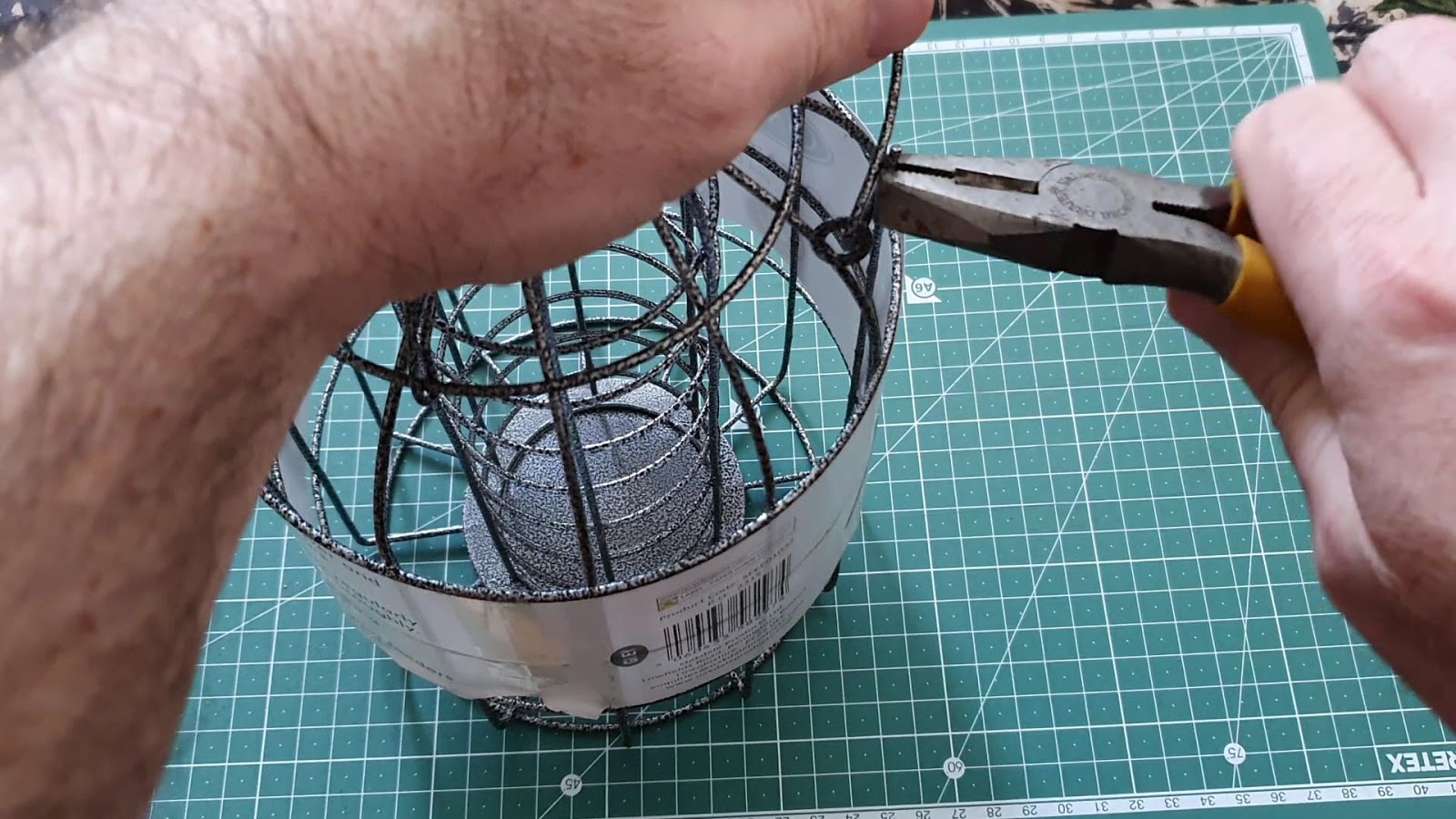 Next to open the bottom I drilled a hole so I could use tin snips to open it up leaving approximately 1cm overhang. 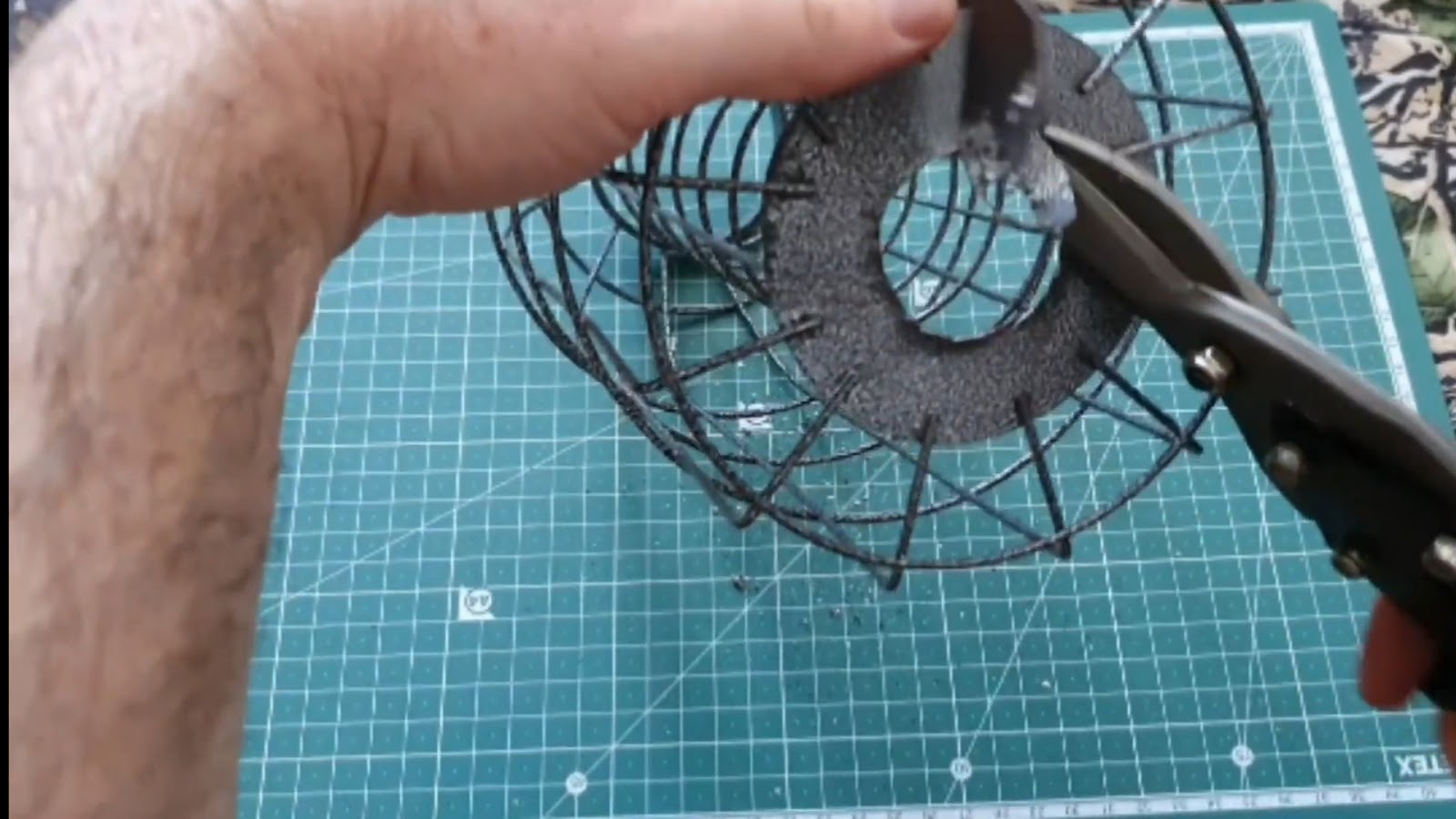 Again using the tin snips I cut the over hang to form little flaps that I could fold over the bottom ring at the base of the fatball holder. 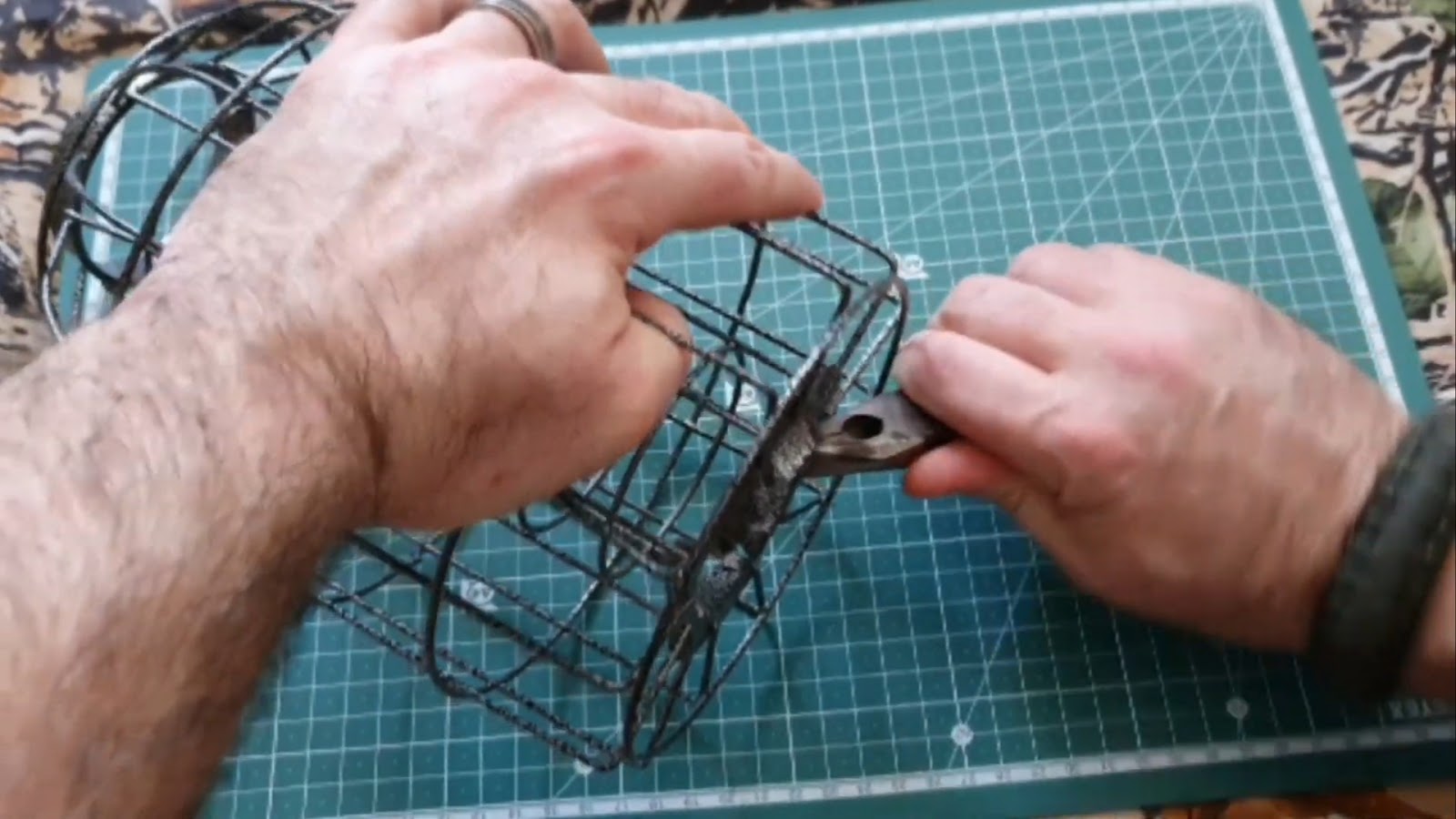 I repeated this on a second bird feeder and used rebar tying wire to tie the two together. 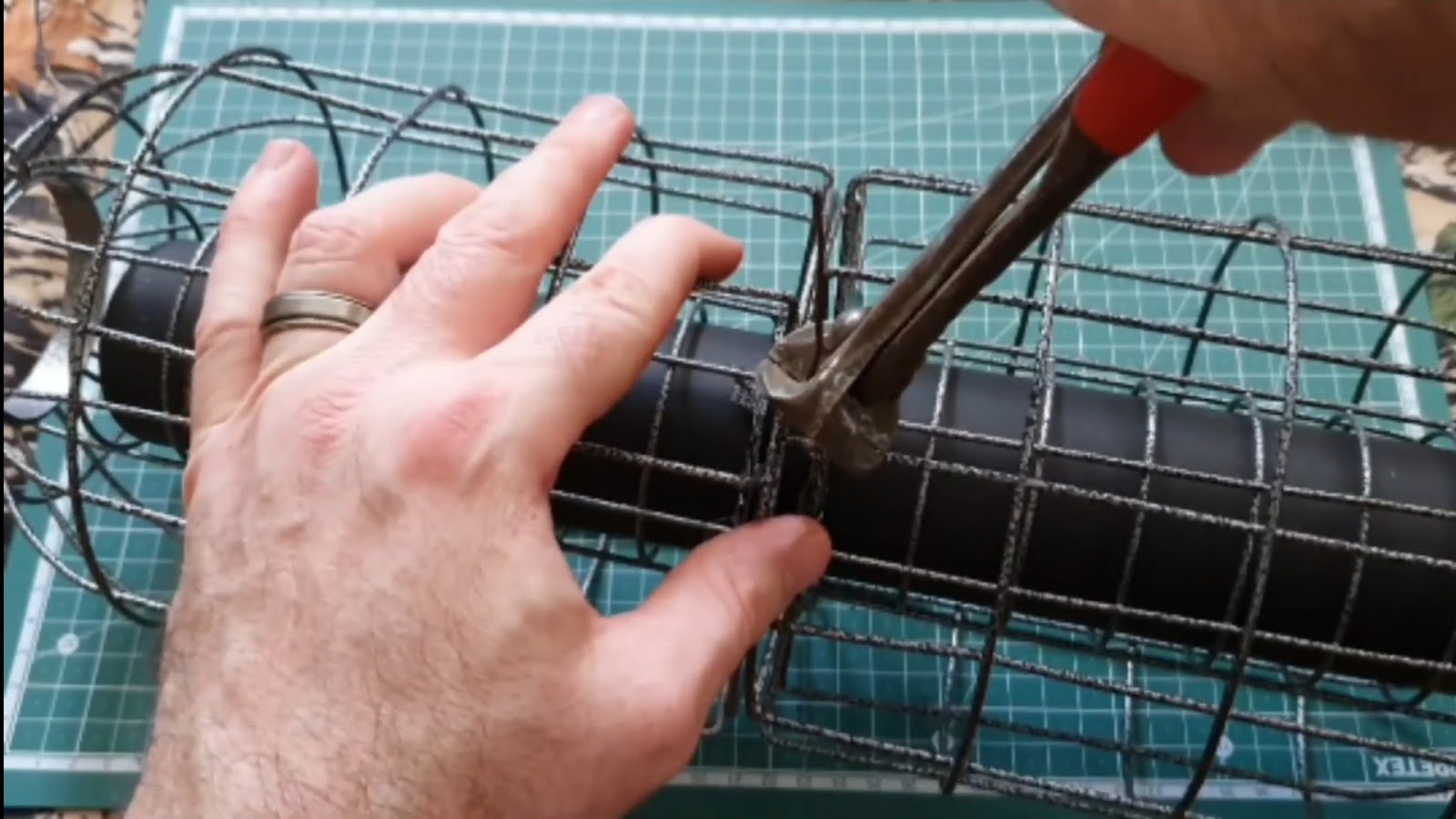 Lastly I straightened the two bail hangers to form hooks and reattached them so it could be hung from the spark arrester on the flue. 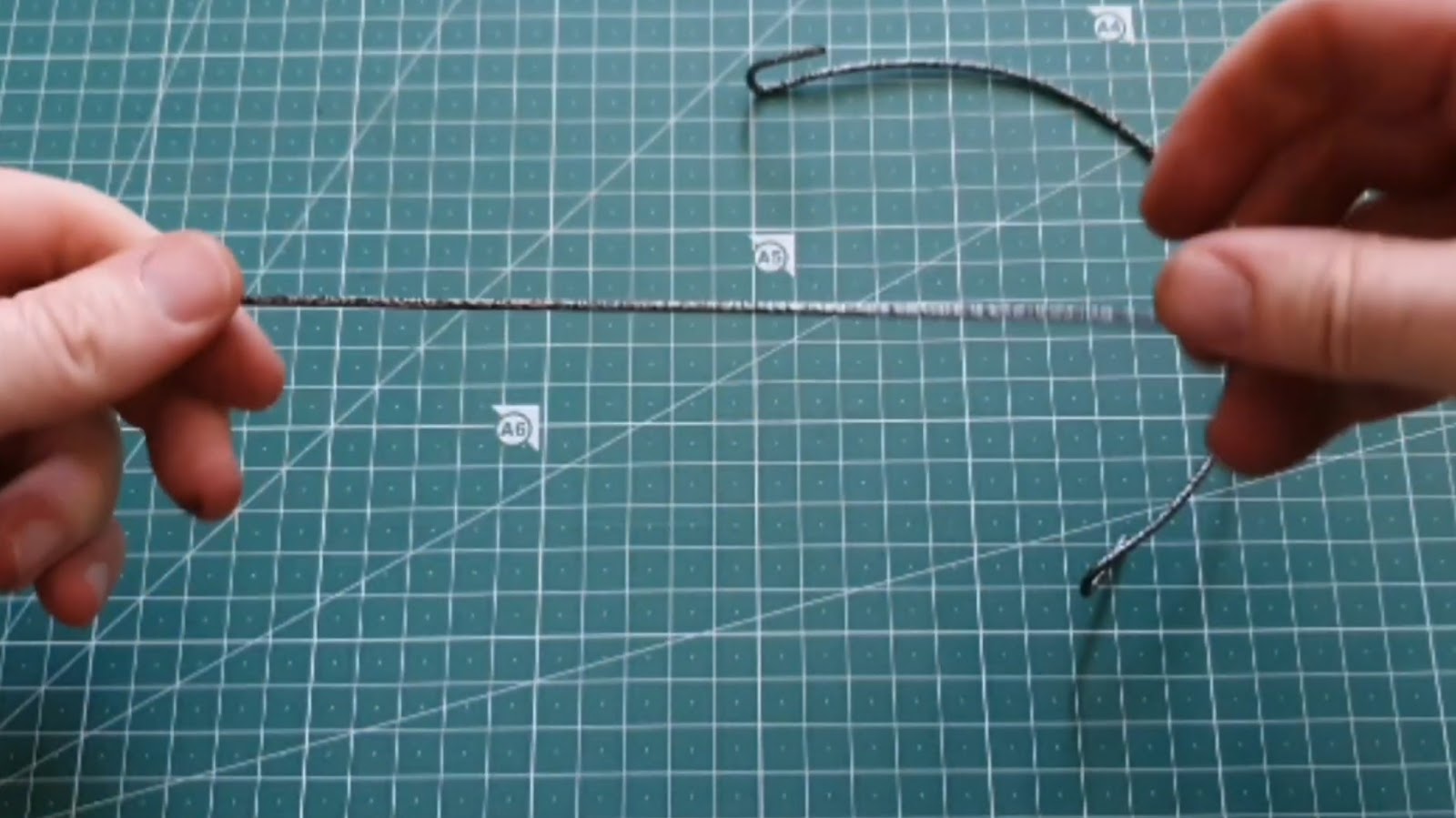 The finished product looks pretty good I think for £8 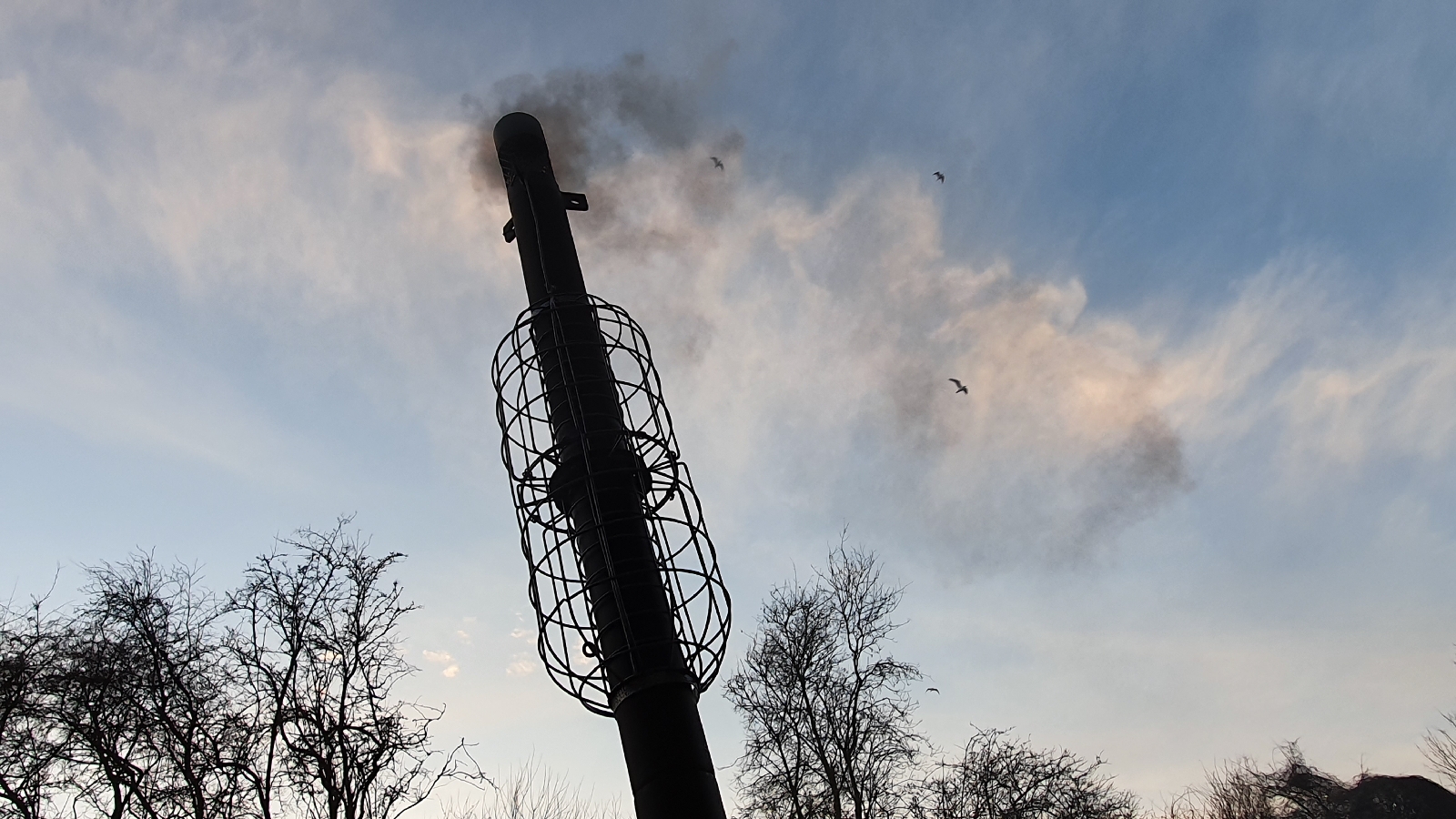 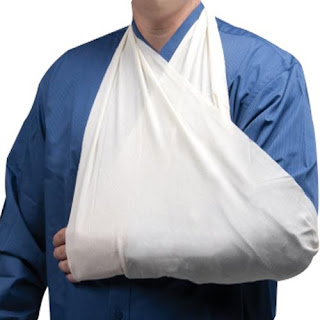 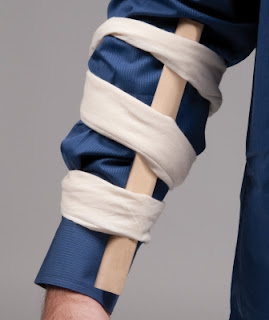 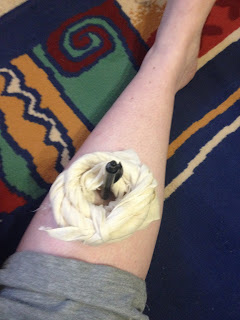 Bandaging awkward areas such as the head and hands 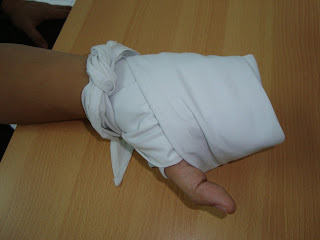 As its a simple cotton triangular cloth it also can be worn as a bandana, used to cover a water bottle when filling from a water source, hobo bag and cut into pieces for making char cloth etc etc

You can see some of these uses in this video 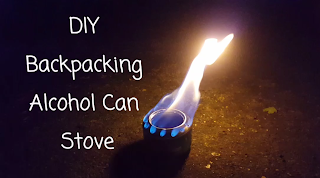 When hiking keeping weight to a minimum is key and money might be tight so making an ultra lightweight alcohol stove from empty drinks cans could be the way to go as they're often found discarded on your travels so are completely free and your helping tidy the environment when you repurpose them this way, win-win! 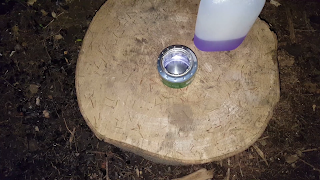 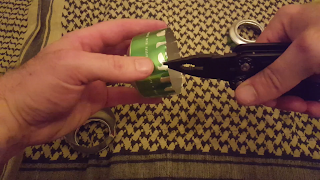 You do need to be careful with the edges of the can as they will be very sharp so wear suitable gloves, you can see my video on how I made this one here

Power cuts used to be common when I was a kid and altough the national grid is more reliable today they can happen at anytime, this is a handy way to make an emergency light source if you don't have any lamps or candles (your home should of course have candles and lamps too!)

Get an empty beer or soda can and cut it in half with a knife or scissors and cut a strip of cotton cloth to act as a wick, you can also used paper towels as a wick if that's easier 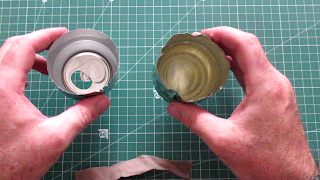 Then pour some regular cooking oil into the bottom half, it doesn't matter what oil you use the only difference will be what scent the flame gives off as it burns the oil, place the top half over the bottom and put your improvised wick through the ringpull hole 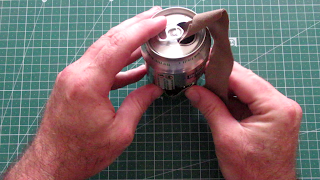 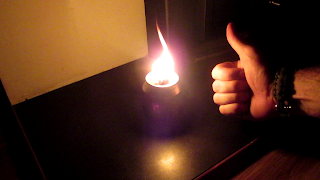 You can see this in my top five emergency hacks for beer cans video on my YouTube channel here;

Let me know what you think in the comments section, what other uses would you suggest?

As ever thanks for your time!

The range of folding stoves for camping is quite varied, these handy lightweight stoves can use a variety of fuels but are mostly used for self contained fires where a open campfire may not be practical 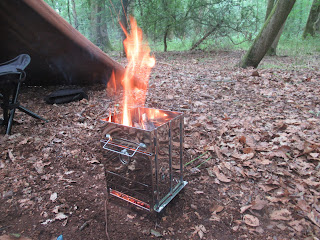 This is my top five favourite stoves currently available; 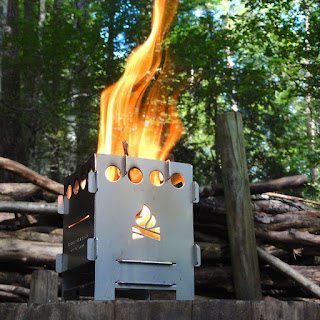 Measuring 9.0cm x 9.0cm x 11.5cm at just 270g this was the forerunner for most folding camping stoves that followed the sides interlock to provide a surprisingly stable base 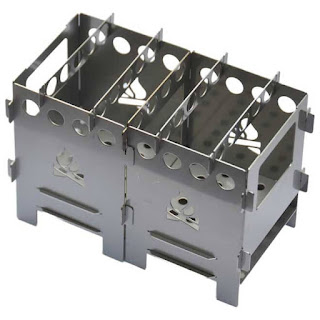 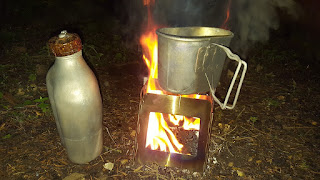 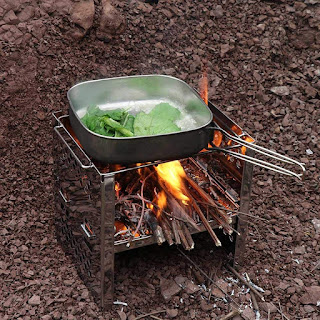 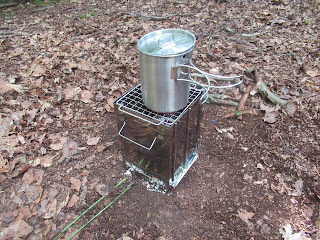 This is my pick for best value stove of 2019 and I recently did an unboxing video here; 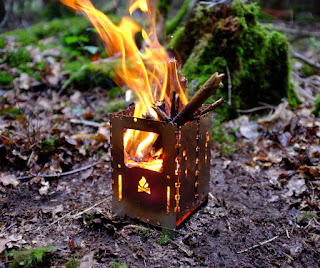 The undisputed king of the folding camping stoves thanks to its versatility, its the most expensive stove in the list but that is down to the extensive engineering that has gone into producing it that allows this stove to perform many tasks excellently

12.5cm x 12.5cm x 19.0cm was for a long time the most generous folding camping stove but has now been exceeded by the PSKOOK

Should you buy a gas mask?

A quick google search for prepping or preppers will give loads of image results showing people wearing gas masks. It's an image th...